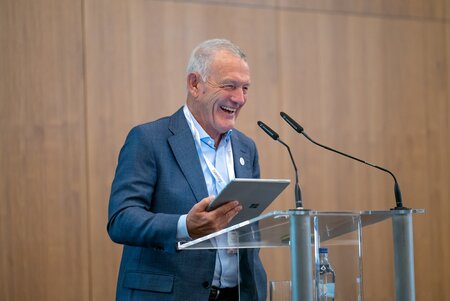 During his 20 years of membership in UNIBA Partners, Brian was a driving force for building the network - first in Australia and New Zealand, and then in Asia.

Brian’s work assisting international clients in complex situations was recognized with the 2011 Alan Sutton Award for service excellence.
As a three-term board director, Brian not only further solidified UNIBA’s Asian presence, his thoughtful input on a broad range of topics provided constructive leadership covering many areas of the network’s development throughout his time on the board. Not surprisingly, Brian served as UNIBA’s President from 2017 to 2019.

In his award speech, Christian Hörtkorn, President, said “Brian called it a labour of love. We call it an extraordinary Lifetime Achievement”.

The award ceremony will take place at UNIBA’s worldwide conference in Barcelona this October.

No comments have yet been posted, be the first to comment by using the form below: