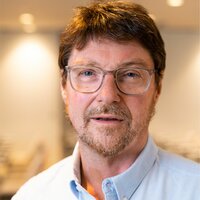 David was first elected to the Board as Finance & Legal director in October 2017.

He is the third Sutton Winson Director to serve UNIBA Partners at Board level with Alan Sutton and Kevin MacEvoy both preceding David.

David joined General Accident Insurance Company (now a legacy company of Aviva Plc) in Scotland in 1980. His roving role involved both underwriting and audit, working in excess of 25 GA offices across the UK; his record was 13 months in one hotel! On his travels David visited Brighton on the South Coast, and decided to stay.

1988 saw David move over to broking and in 1996 he joined Sutton Winson, becoming appointed to his current position of Managing Director in 2009. The business is continually expanding and employs 130+ people with two offices ( London & South Coast) servicing the Insurance and Risk Management needs of a growing number of Corporate, International, SME, Affinity, Employee Benefit and High Net Worth clients located throughout the UK.

David has been a Board member of the UK broker alliance UNA for many years, and has played an active part in supporting the UNIBA Partners global network before first being elected to its Board in 2017.

David is married to Catherine who works in cardiology, and they have four adult children.