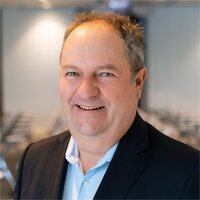 Christian Hörtkorn starts his third term as President in 2021 and continues his role as a board director of Business Develpment & Marketing.

Christian’s career in the insurance industry began in 1986 after having served 2 years as a professional soldier in the Federal Armed Forces. Christian studied in Nuremberg focusing primarily on business management for banks and insurance companies. Christian also holds a Master’s degree in Business Management.

Various roles in the insurance industry at both, insurance companies as well as insurance brokers, both in Germany and in the USA helped Christian to acquaint himself with the German and American insurance markets.

In 1993 Christian Hörtkorn joined the management of Dr. Friedrich E. Hörtkorn GmbH, the company which was founded by his father in 1966.

Since then, Christian has focused on the constant growth of the group, be it through the acquisition of several smaller broking companies or through the foundation of a joint-venture in the USA in 2008.

Christian lives with his wife Kathrin and their son Maximilian in Heilbronn.

One of the family’s hobbies is soccer, both playing as well as watching. Christian and Maximilian can often be found in the stadium of VfB Stuttgart.